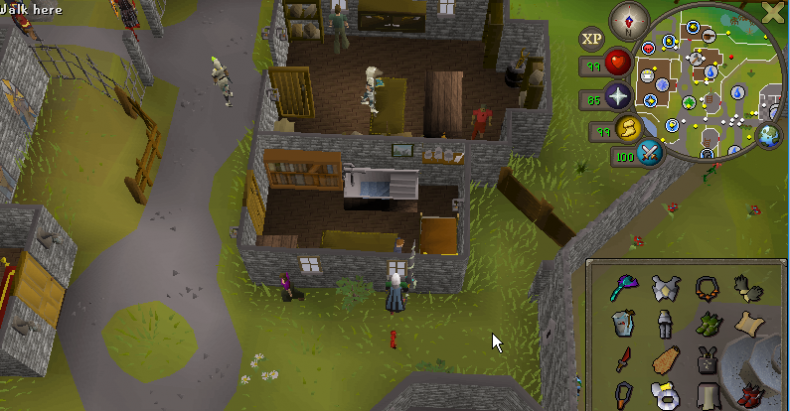 Questing is one of the best ways to level up your character in Old School Runescape. You can collect rare OSRS items and unlock your potential by completing quests with a wide variety of objectives, all while having fun!

RuneScape has a rich, expansive lore that is best experienced by completing quests. These will often have nothing but the story to offer so it's up to your discretion how you want to play RuneScape without any pressure from other video games who can make people feel like they need this or that in order for them not get bored with their game experience.

What is the best thing to bring on an adventure? You guessed it: supplies! But what kind of supply should you be packing for RuneScape adventures? OSRS gold will help in your quests and expeditions as they can get items such as equipment or food that may come in handy while questing.

Now, here are a few Old School RuneScape quests that you can try out as an OSRS beginner.

If you are a new player to Old School RuneScape, then it is recommended that you do the Waterfall Quest. This quest increases your attack and strength up by 30 points straight away without having many combat requirements beforehand either - all players need in order to get through Moss Giants or Fire Giants are some food items.

If you're looking for new quests to complete in OSRS, this is a great one. You'll be going up against the Khazard Warlord and it doesn't cost too much either! This quest also doubles as your requirement for Monkey Madness so if that's what you want- get started now!

This is a wonderful choice of quests with an exciting fight at level 112 without sacrificing much time.

In The Knight's Sword, you will have the opportunity to quickly gain a lot of experience at an early stage in-game. This is also very useful if you’re on a free account so that you can take part too without any issue. You'll need ice warriors with level 57 and 53 giants for your quest but pack some food before going down into the dungeon because it won't be easy!

The Grand Tree in OSRS is one of the best quests to start off your path as a new player. You will gain experience over different skills, and also get an opportunity for Monkey Madness that gives you 110,000 XP! The grand tree only provides 26k experience but there’s also Level 172 Black Demon- don't worry though; it should be easy enough with ranged or magic if he's within range without being too high level.